At the 5G MENA Forum held recently in Dubai, ZTE won the “Best Telco Digital Transformation” award for its 5G-oriented core network evolution solution (Africa). The 5G MENA Forum is the largest telecommunications industry event in the Middle East and North Africa. ZTE won the award upon its first participation in the forum, which shows that ZTE is recognized by the communications industry in the Middle East and Africa.

The reason for ZTE 5G-oriented core network evolution solution to win the international award is that ZTE has been rooted in African over the past two decades. It is reported that the solution has helped African multinational operators deploy vSBC in seven countries, deploy vCS/vSDM in six countries, and deploy EPC/vEPC in two countries to transform the network from traditional to cloud.

For Africa, we can think of the “Belt and Road” initiative, infrastructure construction such as railways, factories and schools, energy mining, and 2G mobile phones that are popular with African people. Indeed, in Africa, the majority of countries are developing ones, and the communications industry as a whole is relatively backward. Because of this, African operators urgently need advanced communication networks to help them take the lead in the tide of consumption upgrading. C114 conducts an in-depth exploration of the applications of ZTE 5G-oriented core network evolution solution, trying to find the true "origin" of the award.

In recent years, Africa, with its stable economic development, has become a must for multinational operators, and its market potential cannot be underestimated. According to the data, transnational operators such as India’s Bati Telecom, South African Telecom MTN, France Orange and Vodafone are dominant in the African market.

The presence of strong operators from all over the world means that the difficulty of making breakthroughs in the African market is increasing. In recent years, there have been dozens of operators in Africa, and this number is constantly rising. At the same time, the user's low consumption level brings short-term profit pressure to operators. Whether it is a multinational carrier or a local operator, the operator needs to transform the network to improve performance, develop new services, attract users, and reduce construction and operation costs.

It is understood that in order to help African operators realize network transformation, ZTE 5G-oriented core network evolution solution adopts the NFV technology to achieve software and hardware decoupling and realize resource pooling and sharing. After the reform, operators can realize fast provisioning and flexible deployment of new services.

At the same time, based on the TECS cloud platform, the physical resources are virtualized, and the network element is allowed to apply for virtual resources to implement flexible resource allocation and adjustment. In the past, business needed to be deployed on specific hardware, but now VNF can be deployed on VMs of general hardware, and it takes less time to build new services.

In addition, ZTE CloudStudio (MANO) can automatically orchestrate resources, manage the life cycle of VNF, and realize unified and automatic management of the entire network.

Compared with the traditional network deployment, ZTE 5G-oriented core network evolution solution helps customers reduce the space, power consumption and maintenance cost of the equipment room. The OPEX of the operator’s seven branches is greatly reduced. Statistics show that the equipment room has been reduced by 40%; the power consumption of the cloud platform has reduced by 64.6%; the maintenance cost will be reduced by 67.6% in the next five years. Taking ZTE's world's largest vMGW network deployed in Kenya in 2018 as an example, the key KPIs have been significantly improved, and users have increased by more than 30%.

Efficient reform of the total network

According to C114, a typical case of ZTE 5G-oriented core network evolution solution that is being deployed in Africa is located in Lesotho in southern Africa. It is the “state of the country” surrounded by South Africa. Econet Lesotho is one of the most competitive operators in the country.

An insiders of ZTE told C114 that it takes only three months for ZTE to complete the whole network delivery of the core network +IN+BSS and cut off all the mobile core networks of the existing network one night. After the project delivery, the current network is running smoothly. After the completion of the network transformation, the operator’s 3G and 4G users continued to grow substantially. “The operator is already asking ZTE to provide a phase-2 disaster recovery site plan and expansion scheme.”

According to C114, network virtualization has entered the stage of commercial scale, and almost all mature operators have transformed the network to the telecom cloud. From Econet Lesotho and ZTE's virtualized core network practices in operators in Africa, such as Kenya and Zambia, we can see that African operators are eager for new technologies and hope to compete for the continuous growth of market share by embracing new technologies such as NFV.

5G in Africa: It is not far away

This year is the first year of commercialization of 5G. The "impatient" countries such as the United States and South Korea have announced commercial 5G previously, China is expected to commercialize 5G this year, and some countries in Europe are also promoting 5G. Industry analysts believe that 5G will be the first to commercialize in North America, Asia Pacific and Western Europe.

The global digital chasm exists. The overall network in Africa is weak, and 5G commercial applications are relatively late. However, African operators such as Egypt Telecom and South Africa's MTN have already planned for commercial 5G in 2019. 5G is not an isolated network, but also needs to cooperate with 2G/3G/4G. On the one hand, 5G network is based on the virtualization construction, and 5G will promote the transformation of network virtualization from cloudification to cloud native and bring new features.

On the other hand, the introduction of the virtualization technology in the existing network must also take into account the smooth evolution towards 5G. ZTE 5G-oriented core network evolution solutions, such as vEPC and vCS, support 5G access based on NSA solution. They can be upgraded to ZTE Common Core, natively support 2G/3G/4G/5G access, and help the operator in the near future to achieve network transformation. 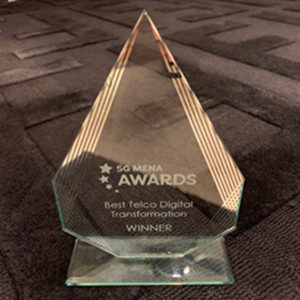 ZTE is one of the world's leading 5G suppliers. Up to now, it has cooperated with more than 30 mainstream operators around the world in 5G cooperation and testing, and actively promoted 5G commercial scale. We can see that ZTE is deeply rooted in Africa, both in its origin and for the future. The forward development of the African communications industry and the leap to the 5G era are worthy of industry expectations and will also attract more Chinese communications companies to Africa to provide more high-performance products and services.