Along with the development of cloud computing, big data, 5G, and other technologies, global telecom network is developing towards personalized user requirements and service types. User requirements and regulatory requirements pose more severe challenges to network security.
To build a secure mobile network, the software version must be secure. The security check before the official software release, especially the penetration test based on the attack and defense mode, is an indispensable protection barrier before the formal deployment of the product.

Future attacks are bound to be more flexible and changeable, and new vulnerabilities and new methods will be used to initiate attacks. In this case, it is often difficult to deal with the original penetration test methods and mechanisms effectively. First, the penetration test tools are too dependent on manual operations, resulting in low test efficiency and too much inconvenience of effective maintenance. Secondly, test engineers cannot focus on or control the latest security technologies in the industry.

ZTE's uSmartPen integrates the penetration test tools and solidifies the process, implementing the automation of test planning design, deployment and execution. As shown in Figure 1, its main components are as follows:

As shown in Figure 2, Fishbone, in the form of fishbone diagram, splits and combines the penetration steps to implement customization of specific steps and automatic orchestration of the penetration test.

Second, during the product orchestration penetration test, each substep can be customized in accordance with their special requirements, objectives, and tools. For example, if some users focus on the security of the target system instead of the security status of other systems in the target network, the horizontal movement can be cancelled. Similarly, some cloud service users focus on the APP layer, and can add APIs and cancel the bottom-layer system-level penetration tests without the need to be concerned about hardware or OS security threats.

Finally, the customized sub-steps are mounted to the Fishbone automation framework as nodes, and the framework implements the concatenation and orchestration of the penetration test.

MITRE ATT&CK (Adversarial Tactics, Techniques, and Common Knowledge) is a behavior model and knowledge repository that reflects the life cycle of various attacks. After enumerating and classifying these technologies, ATT&CK can be used to "understand" the attacker's behavior later.
According to the security framework, the key control behaviors are selected to match the security requirements. According to the ATT&CK model, the detection capability of the current test model is checked to see whether these behaviors can be effectively covered. You can improve the detection capability in accordance with the troubleshooting result. Finally, the attack technology and tactics to be covered are added and improved, and a penetration test model is established.

To keep abreast of the industry's cutting-edge practices by using the latest technologies, ZTE starts from the risk-based threat model and analyzes possible invasion and adverse impacts. Then, the MITRE ATT&CK framework is introduced to improve various penetration test tactics and tools from the perspective of the attacker and establish a penetration model that conforms to itself.

Starting from the threat model, ZTE analyzes the invasion and impact, uses the intelligent engine xSE to analyze the attack behaviors, deduce the attack chain, and iteratively optimize the penetration test model.
First, ATT&CK is used at the behavior layer for modeling, and TTP of threat information is fully used for knowledge sharing. It is used to portray the attacker to a larger extent. In the next step, the xSE intelligent engine is used to analyze the reasoning, and the security test personnel are released from the specific technical means and indicator rules. 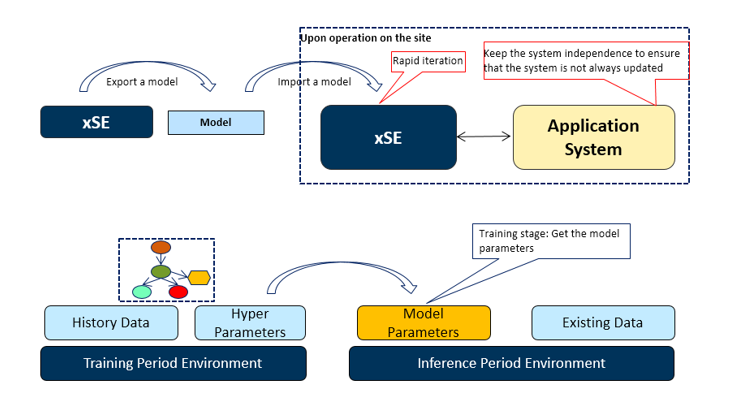 The commercial use of 5G is accelerating, and the security requirements for products are increasing. Based on user requirements and industry frontiers, ZTE implements full-process automation of penetration test design, planning, deployment, implementation, and iterative update, providing comprehensive and efficient support for network security operation.