In June 2019, 3GPP TSG#84 plenary was held in Newport Beach, USA. 3GPP Rel-16 Stage 2 was frozen on schedule. Stage 3 is expected to be frozen in March 2020. 3GPP Rel-15 is the first version for standalone deployment that can be used for commercial use. It is mainly applied for eMBB scenarios. 3GPP Rel-16 has been enhanced in several aspects, including continuous evolution of the system architecture, enhancement of supporting vertical industry application scenarios, enhancement of supporting multi-access, and enhancement of supporting network data analytics services. Rel-16 is the second version for standalone deployment and can be applied for various application scenarios such as eMBB, URLLC and eMTC. 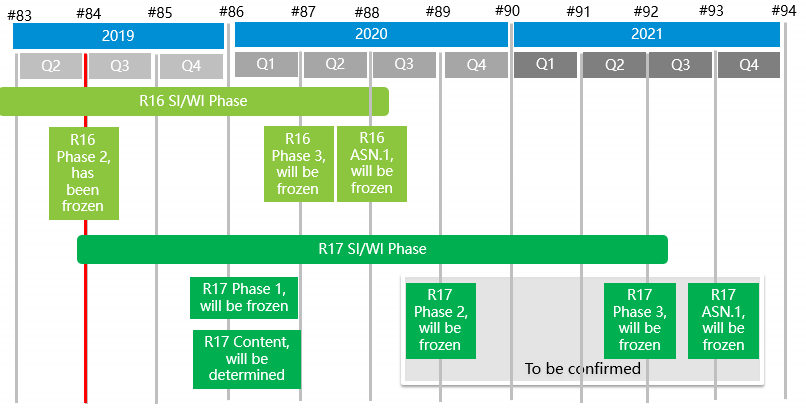 Support of 5GC for the vertical industry

Enhancement of 5GC with respect to multi-access

Enhancement of 5GC with respect to data analysis

Continuous increase of ZTE for Its Investment in 5G Standardization

At the same time, ZTE is taking the lead in the stage 3 standardization of these two topics, which is expected to be completed in March 2020.

In addition, 3GPP has initiated the Rel-17 study, discussed and approved nearly 30 Rel-17 study items. 3GPP SA planned to discuss the priority in September and December plenaries, and officially determined the time plan and contents of Rel-17 in December 2019. It is expected that system architecture will be further evolved in Rel-17, and Rel-17 will continue to study new functions, such as MBMS support, edge computing service and enhanced proximity communication, to meet the new requirements for 5G deployment. ZTE will continue to increase investment in 5G standardization and promote the commercialization of 5G.